Those of you who come here often know I love thrillers, mysteries, anything with secrets, lies and murder. Occasionally I read some sci-fi, or even YA, but I prefer them peppered with thriller elements. Very rarely do I fancy historical fiction or anything outside my beloved genres.

Well… About that. I don’t know what’s gotten into me lately, but as I was browsing through books to be released this year, I felt the familiar tingle. The one I usually feel whenever I come across some fascinating detective story or a good old fashioned domestic thriller featuring asshat husbands or devious wives. All these books that piqued my interest lately have one thing in common. Neither of them are from the mystery & thriller genre.

What’s going on? Am I broken?

I think in all fairness, I just needed a bit of a break from my usual genre. Quite a few thrillers I read recently were just sort of mediocre, and somewhat tedious.

So let’s see what books I found all of a sudden absolutely irresistible, shall we? 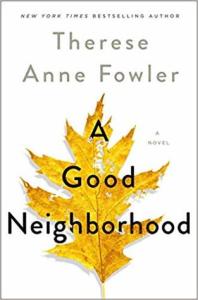 In Oak Knoll, a verdant, tight-knit North Carolina neighborhood, professor of forestry and ecology Valerie Alston-Holt is raising her bright and talented biracial son. Xavier is headed to college in the fall, and after years of single parenting, Valerie is facing the prospect of an empty nest. All is well until the Whitmans move in next door―an apparently traditional family with new money, ambition, and a secretly troubled teenaged daughter.

Told from multiple points of view, A Good Neighborhood asks big questions about life in America today―What does it mean to be a good neighbor? How do we live alongside each other when we don’t see eye to eye?―as it explores the effects of class, race, and heartrending star-crossed love in a story that’s as provocative as it is powerful. 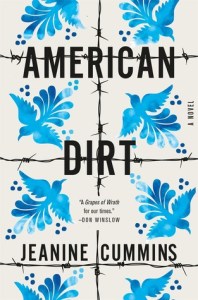 Lydia Quixano Perez lives in the Mexican city of Acapulco. She runs a bookstore. She has a son, Luca, the love of her life, and a wonderful husband who is a journalist.

And while there are cracks beginning to show in Acapulco because of the drug cartels, her life is, by and large, fairly comfortable.

American Dirt will leave readers utterly changed. It is a page-turner; it is a literary achievement; it is filled with poignancy, drama, and humanity on every page. It is one of the most important books for our times. 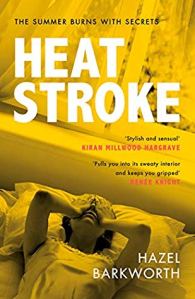 The summer burns with secrets…

It is too hot to sleep. To work. To be questioned time and again by the police.

At the beginning of a stifling, sultry summer, everything shifts irrevocably when Lily doesn’t come home one afternoon. 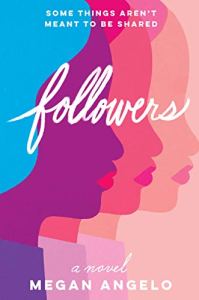 Orla Cadden dreams of literary success, but she’s stuck writing about movie-star hookups and influencer yoga moves. Orla has no idea how to change her life until her new roommate, Floss―a striving, wannabe A-lister―comes up with a plan for launching them both into the high-profile lives they so desperately crave. But it’s only when Orla and Floss abandon all pretense of ethics that social media responds with the most terrifying feedback of all: overwhelming success.

Followers traces the paths of Orla, Floss and Marlow as they wind through time toward each other, and toward a cataclysmic event that sends America into lasting upheaval. At turns wry and tender, bleak and hopeful, this darkly funny story reminds us that even if we obsess over famous people we’ll never meet, what we really crave is genuine human connection. 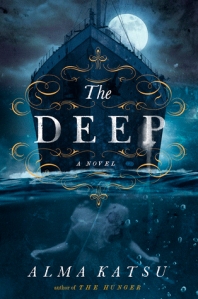 The Deep by Alma Katsu

Someone, or something, is haunting the Titanic.

This is the only way to explain the series of misfortunes that have plagued the passengers of the ship from the moment they set sail: mysterious disappearances, sudden deaths. Now suspended in an eerie, unsettling twilight zone during the four days of the liner’s illustrious maiden voyage, a number of the passengers – including millionaires Madeleine Astor and Benjamin Guggenheim, the maid Annie Hebbley and Mark Fletcher – are convinced that something sinister is going on . . . And then, as the world knows, disaster strikes. 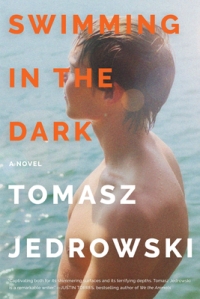 Swimming in the Dark by Tomasz Jedrowski

Set in early 1980s Poland against the violent decline of communism, a tender and passionate story of first love between two young men who eventually find themselves on opposite sides of the political divide—a stunningly poetic and heartrending literary debut for fans of Andre Aciman, Garth Greenwell, and Alan Hollinghurst.

Shifting from the intoxication of first love to the quiet melancholy of growing up and growing apart, Swimming in the Dark is a potent blend of romance, post-war politics, intrigue, and history. Lyrical and sensual, immersive and intense, Tomasz Jedrowski has crafted an indelible and thought-provoking literary debut that explores freedom and love in all its incarnations. 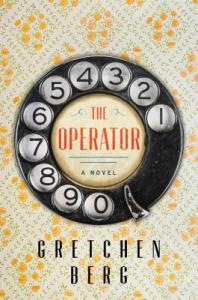 The Operator by Gretchen Berg

In a small town, everyone knows everyone else’s business . . .

Nobody knows the people of Wooster, Ohio, better than switchboard operator Vivian Dalton, and she’d be the first to tell you that. She calls it intuition. Her teenage daughter, Charlotte, calls it eavesdropping.

Vivian and the other women who work at Bell on East Liberty Street connect lines and lives. They aren’t supposed to listen in on conversations, but they do, and they all have opinions on what they hear… especially Vivian. She knows that Mrs. Butler’s ungrateful daughter, Maxine, still hasn’t thanked her mother for the quilt she made, and that Ginny Frazier turned down yet another invitation to go to the A&W with Clyde Walsh.

Then, one cold December night, Vivian listens in on a call between that snob Betty Miller and someone whose voice she can’t quite place and hears something shocking. Betty Miller’s mystery friend has news that, if true, will shatter Vivian’s tidy life in Wooster, humiliating her and making her the laughingstock of the town. 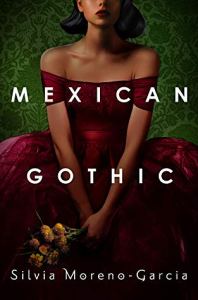 After receiving a frantic letter from her newly-wed cousin begging for someone to save her from a mysterious doom, Noemí Taboada heads to High Place, a distant house in the Mexican countryside. She’s not sure what she will find — her cousin’s husband, a handsome Englishman, is a stranger, and Noemí knows little about the region.

Noemí is also an unlikely rescuer: She’s a glamorous debutante, and her chic gowns and perfect red lipstick are more suited for cocktail parties than amateur sleuthing. But she’s also tough, smart, and has an indomitable will, and she is not afraid: Not of her cousin’s new husband, who is both menacing and alluring; not of his father, the ancient patriarch who seems to be fascinated by Noemí; and not even of the house itself, which begins to invade Noemi’s dreams with visions of blood and doom. 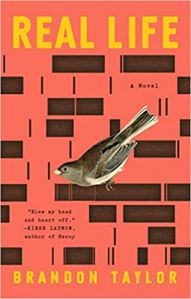 A novel of rare emotional power that excavates the social intricacies of a late-summer weekend–and a lifetime of buried pain. Almost everything about Wallace, an introverted African-American transplant from Alabama, is at odds with the lakeside Midwestern university town where he is working toward a biochem degree. For reasons of self-preservation, Wallace has enforced a wary distance even within his own circle of friends–some dating each other, some dating women, some feigning straightness. But a series of confrontations with colleagues, and an unexpected encounter with a young straight man, conspire to fracture his defenses, while revealing hidden currents of resentment and desire that threaten the equilibrium of their community. 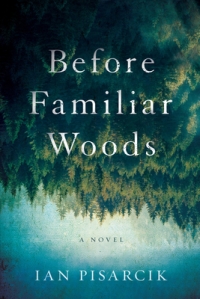 Before Familiar Woods by Ian Pisarcik

On the outskirts of a town too tired for its own happenings, the boys were found dead inside a tent.

Three years later, their fathers have disappeared, too.

Ruth Fenn’s son was the boy they blamed. For three years, Ruth has accepted her lot as pariah, focusing on her ailing mother and the children left in her care by the struggling single parents of North Falls, Vermont. But now the additional loss of her husband is too much to bear, and she has no choice but to overcome the darkness or be consumed by it. But as she edges closer to the truth, she begins to uncover some secrets that are better left buried. 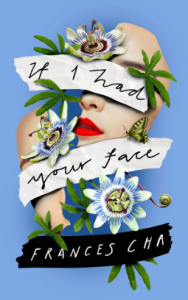 If I Had Your Face by Frances Cha

Kyuri is a heartbreakingly beautiful woman with a hard-won job at a “room salon,” an exclusive bar where she entertains wealthy businessmen while they drink. Though she prides herself on her cold, clear-eyed approach to life, an impulsive mistake with a client one evening suddenly threatens her livelihood. Her roomate, Miho, is a talented artist who grew up in an orphanage but won a scholarship to study art in New York. Returning to Korea after college, she finds herself in an impossible relationship with the super-wealthy heir to one of Korea’s biggest companies. Down the hall from their apartment building lives Ara, a hair stylist whose obsession with a boy-band pop star drives her to desperate extremes. And Wonna, on the floor just below, is a newlywed trying to get pregnant with a child that she and her husband will not be able to afford to raise and educate in the cutthroat economy of Seoul.

Have you experienced any strange bookish cravings or odd reactions to certain genres lately?

Are you planning to read any of these?