So dark! Is it a cloud? Is it ash? Is it the atmosphere?

On the shores of a tranquil fjord in Northern Iceland, a man is brutally beaten to death on a bright summer’s night. As the 24-hour light of the arctic summer is transformed into darkness by an ash cloud from a recent volcanic eruption, a young reporter leaves Reykajvik to investigate on her own, unaware that an innocent person’s life hangs in the balance. Ari Thór Arason and his colleagues on the tiny police force in Siglufjörður struggle with an increasingly perplexing case, while their own serious personal problems push them to the limit. What secrets does the dead man harbour, and what is the young reporter hiding? As silent, unspoken horrors from the past threaten them all, and the darkness deepens, it’s a race against time to find the killer before someone else dies …

For such a short book, this one had quite a lot going on. Blackout was a rather unusual mystery in the sense that there wasn’t all that much policing going on. Ragnar Jonasson told multiple stories side by side and some of those eventually connected at the end and few of them were even vaguely related to the murder on hand.

Two years after the events of Snowblind, Ari Thór is still working in Siglufjörður, still pining after her ex-girlfriend, Kristin whom he sort of dumped when he moved to this godforsaken tiny town. There’s quite a lot of focus on his inner turmoil, and we also get to see a side of him that isn’t particularly pleasant. While I liked his gentle and caring manner in the previous book, I didn’t find much fondness for his hotheaded and rough approach this time around. He certainly found the time to turn bitter with regret, and Kristin moving closer to him for work didn’t help putting him out of his misery either.

Another story line follows Hlynur, the third police officer working at Ari’s station, and we get to know his dark past that still casts a shadow on his current life.

The major attraction however is the brutal murder of a man who was not liked by many, except his landlady, Nora – but she’s the sort of woman who seems to like anything with a penis, so it doesn’t really count. Ari Thór and his colleagues are not leading the investigation, but still halfheartedly interview some local folks, just so nobody can say they are not doing anything. The police from Akureyri is running the show, but it seems most of the actual detective work is done by Isrun, a journalist from Reykjavik who of course has her own agenda. A very confusing I might add, run on two timelines, and one seemingly has nothing to do with the other.

Some seriously heinous stuff comes to light, and the devastation it leaves behind spreads like the ash cloud everyone seems to be obsessing about. I feel like I could have used another, deeper layer to the sotry to learn a bit more about these people, but it was still quite captivating.

The atmosphere was just as ominous as in the first book, but the confusing timelines kind of took away from the enjoyment. When you need to read back a whole chapter just to figure when something was happening, you know something went a bit sideways. There was a lot of mention of the ash cloud from the volcanic eruption, obviously adding an menacing tone to everything, but after a while it just got old. Ok, there’s a cloud, and it’s dark, we get it.

Mind you, even the English publication is running on its own timeline, because the books came out in a somewhat random order. The author actually posted how the series goes. Sadly, the first book was never published in English.

Have you ever visited Iceland? Do you want to?

P.S. How cool are these covers? They are both for the German version. 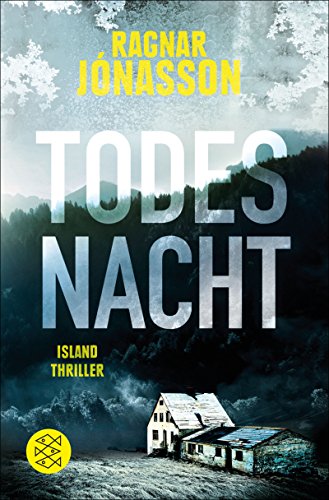 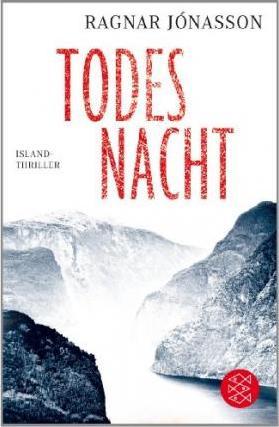