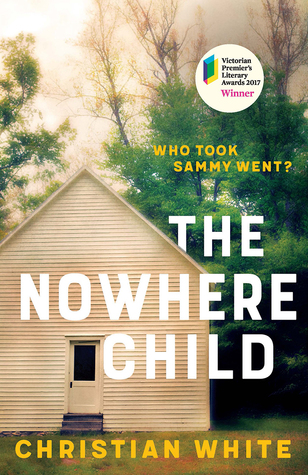 The Nowhere Child by Christian White

Kimberly Leamy is a photography teacher in Melbourne, Australia. Twenty-six years earlier, Sammy Went, a two-year old girl vanished from her home in Manson, Kentucky. An American accountant who contacts Kim is convinced she was that child, kidnapped just after her birthday. She cannot believe the woman who raised her, a loving social worker who died of cancer four years ago, crossed international lines to steal a toddler.
On April 3rd, 1990, Jack and Molly Went’s daughter Sammy disappeared from the inside their Kentucky home. Already estranged since the girl’s birth, the couple drifted further apart as time passed. Jack did his best to raise and protect his other daughter and son while Molly found solace in her faith. The Church of the Light Within, a Pentecostal fundamentalist group who handle poisonous snakes as part of their worship, provided that faith. Without Sammy, the Wents eventually fell apart.
Now, with proof that she and Sammy are in fact the same person, Kim travels to America to reunite with a family she never knew she had. And to solve the mystery of her abduction—a mystery that will take her deep into the dark heart of religious fanaticism where she must fight for her life against those determined to save her soul…

This book read like a true crime documentary. Not that I’ve read many of those, I just mean it felt very real. I also remember watching documentaries about murders and other nasty stuff linked to somewhat zealous religious groups, and I got the same chills from this story as well.

While the current timeline was somewhat emotional, with Kim trying to find out more about her supposed family, I found the events of 1990 way more gripping. There was so much going on in that small town. Needless to say, they were mostly terrible things, thanks to the Pentecostal Cult, I mean Church, whose members were very much into extreme exorcism, snake handling and other horrible shit that shouldn’t even exist. (Without being too specific, think along the lines of beating people with the Bible and trying to drown them as a way to convince them about… things…)

I’m not a particular fan of the missing or kidnapped child trope, but this one seemed different, because first of all, we know the main character is indeed the girl who went missing. As much as this book was about the mystery of who took Sammy, it put equal amount of emphasis of the raw emotions that come to light when she resurfaces. Long buried secrets are uncovered, and all those mistakes and regrets from the past are suddenly biting everyone in the ass.

There’s an awful lot of mentions of snakes as well, which frankly creeped me out a lot with the detailed descriptions of what they feel like and how they smell. I can stomach murder and such, but snakes… No, thank you. When I was on Tenerife in June, we went to a mini zoo, and somehow I ended up in a room full of snakes. Sure, they were in their terrariums, but I basically crept along the way with my back turned to them and my eyes half closed, while I felt a shudder going up and down my spine. Well, this book gave me the same shivers, so good job. No, really.

Have you read The Nowhere Child? 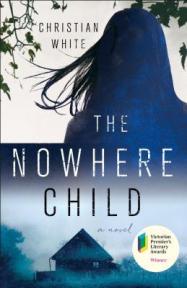