Happy Kanelbullens Dag (or Cinnamon Bun Day for the uninitiated)! One of my favourite snacks, the swedish cinnamon bun, has its own national day in Sweden on the 4th October since 1999.

I love everything with cinnamon, be it cinnamon flavoured coffee, tea, cake, biscuit, or even candle, but the Swedish pastry is my number one go-to naughty bite. Unlike the cinnamon swirls that are quite often covered in sugary frosting for some unknown reason, cinnamon buns are sprinkled with pearl sugar for that extra crunch. The cardamom in the dough gives it a warm and truly wonderful flavour that goes perfectly with coffee.

What’s a better way to celebrate this day, than picking up a book set in Sweden, while munching on some kanelbullar? I don’t know if it happens to you guys, but I always find Swedish books mention food in a kind of offhand way, but nevertheless making everything sound so appetizing! After I finished reading The Girl With the Dragon Tattoo, I spent a whole week eating rye bread with liver pate and pickles, toast with lingonberry jam, and bloody crisp bread because of all the food talk.

I haven’t read all these books, so not sure what to expect in terms of the munchies, but be prepared! 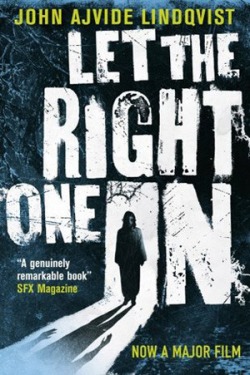 Let the Right One In by John Ajvide Lindqvist

Just so we are keeping up with spooky season too! Also a must read for fans of vampire stuff.

It is autumn 1981 when the inconceivable comes to Blackeberg, a suburb in Sweden. The body of a teenage boy is found, emptied of blood, the murder rumored to be part of a ritual killing. Twelve-year-old Oskar is personally hoping that revenge has come at long last—revenge for the bullying he endures at school, day after day.
But the murder is not the most important thing on his mind. A new girl has moved in next door—a girl who has never seen a Rubik’s Cube before, but who can solve it at once. There is something wrong with her, though, something odd. And she only comes out at night….

On cold evenings you might fancy reading something that brings back the memories of summer.

On a hot July morning on Sweden’s idyllic vacation island of Sandhamn, a man takes his dog for a walk and makes a gruesome discovery: a body, tangled in fishing net, has washed ashore.
Police detective Thomas Andreasson is the first to arrive on the scene. Before long, he has identified the deceased as Krister Berggren, a bachelor from the mainland who has been missing for months. All signs point to an accident—until another brutalized corpse is found at the local bed-and-breakfast. But this time it is Berggren’s cousin, whom Thomas interviewed in Stockholm just days before.
As the island’s residents reel from the news, Thomas turns to his childhood friend, local lawyer Nora Linde. Together, they attempt to unravel the riddles left behind by these two mysterious outsiders—while trying to make sense of the difficult twists their own lives have taken since the shared summer days of their youth.

On a night after the apparent suicide of high school student Elias Malmgren, a blood-red moon fills the night sky. Minoo wakes up outside her house, still in her pajamas, and is drawn by an invisible force to an abandoned theme park on the outskirts of town. Soon five of her classmates–Vanessa, Linnea, Anna-Karin, Rebecka and Ida–arrive, compelled the same force. A mystical being takes over Ida’s body and tells them they are fated to fight an ancient evil that is hunting them. The park is a safe haven; the school, a place of danger. The six are wildly different and definitely not friends…but they are the Chosen Ones.
As the weeks pass, each girl discovers she has a unique magical ability. They begin exploring their powers, but they are not all firmly committed to their mission–to discover the truth about Elias’s death. Then a horrible tragedy strikes within the circle. Newly determined to fight the evil forces, they begin to learn magic from The Book of Patterns, an ancient work with a will of its own that reveals different things to different witches. 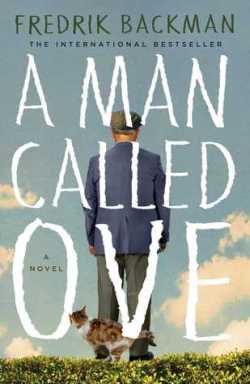 Because not everything is all doom and gloom!

A grumpy yet loveable man finds his solitary world turned on its head when a boisterous young family moves in next door.
Meet Ove. He’s a curmudgeon, the kind of man who points at people he dislikes as if they were burglars caught outside his bedroom window. He has staunch principles, strict routines, and a short fuse. People call him the bitter neighbor from hell, but must Ove be bitter just because he doesn’t walk around with a smile plastered to his face all the time?
Behind the cranky exterior there is a story and a sadness. So when one November morning a chatty young couple with two chatty young daughters move in next door and accidentally flatten Ove’s mailbox, it is the lead-in to a comical and heartwarming tale of unkempt cats, unexpected friendship, and the ancient art of backing up a U-Haul. All of which will change one cranky old man and a local residents’ association to their very foundations.

The Girl with the Dragon Tattoo (Millennium #1) by Stieg Larsson

A cinnamon bun is best served with coffee and a thrilling murder mystery blended with decade old family secrets. Delicious!

It’s about the disappearance forty years ago of Harriet Vanger, a young scion of one of the wealthiest families in Sweden . . . and about her octogenarian uncle, determined to know the truth about what he believes was her murder.
It’s about Mikael Blomkvist, a crusading journalist recently at the wrong end of a libel case, hired to get to the bottom of Harriet’s disappearance . . . and about Lisbeth Salander, a twenty-four-year-old pierced and tattooed genius hacker possessed of the hard-earned wisdom of someone twice her age—and a terrifying capacity for ruthlessness to go with it—who assists Blomkvist with the investigation. This unlikely team discovers a vein of nearly unfathomable iniquity running through the Vanger family, astonishing corruption in the highest echelons of Swedish industrialism—and an unexpected connection between themselves.

The Hypnotist by Lars Kepler 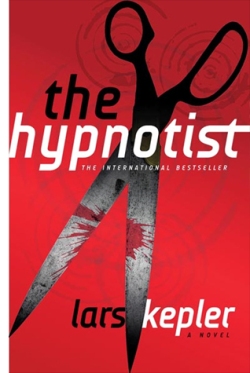 Let’s face it. Hypnotism might not be a real thing, but it’s kind of scary to think about that someone can just take a look into your deepest, darkest thoughts.

In the frigid clime of Tumba, Sweden, a gruesome triple homicide attracts the interest of Detective Inspector Joona Linna, who demands to investigate the murders. The killer is still at large, and there’s only one surviving witness—the boy whose family was killed before his eyes. Whoever committed the crimes wanted this boy to die: he’s suffered more than one hundred knife wounds and lapsed into a state of shock. Desperate for information, Linna sees only one option: hypnotism. He enlists Dr. Erik Maria Bark to mesmerize the boy, hoping to discover the killer through his eyes.
It’s the sort of work that Bark has sworn he would never do again—ethically dubious and psychically scarring. When he breaks his promise and hypnotizes the victim, a long and terrifying chain of events begins to unfurl.

Obviously, I’m going to sneak in some Beartown whenever I can!

People say Beartown is finished. A tiny community nestled deep in the forest, it is slowly losing ground to the ever encroaching trees. But down by the lake stands an old ice rink, built generations ago by the working men who founded this town. And in that ice rink is the reason people in Beartown believe tomorrow will be better than today. Their junior ice hockey team is about to compete in the national semi-finals, and they actually have a shot at winning. All the hopes and dreams of this place now rest on the shoulders of a handful of teenage boys.
Being responsible for the hopes of an entire town is a heavy burden, and the semi-final match is the catalyst for a violent act that will leave a young girl traumatized and a town in turmoil. Accusations are made and, like ripples on a pond, they travel through all of Beartown, leaving no resident unaffected.

Do you have any favourite books set in Sweden?