When it comes to rainy days I’m really of two minds about them. Usually it depends on whether I need to leave the house or not, or the season of the year. Listening to the raindrops pattering on the window while trying to fall asleep is rather pleasant, while battling with a squeaky umbrella as the wind blows needle sharp droplets into my face is not so much. Summer rain? Lovely. Winter slush? Yuck.

#1 Need an excuse to not leave the house

If you are not a rain person, or it’s just simply not your type of rain, you need a massive book with plenty of pages. If anyone attempts to coerce you out of the house, you can always tell them you have like 500 pages left. #sorrynotsorry

Sleeping Beauties is a great example of good, old fashioned storytelling by Stephen King. Something happens when women go to sleep; they become shrouded in a cocoon-like gauze. If they are awakened, and the gauze wrapping their bodies is disturbed or violated, the women become feral and spectacularly violent; and while they sleep they go to another place. There’s a bit of action, but all in all it’s more like a lot of personal stories interconnected by the events that leaves the whole world puzzled. 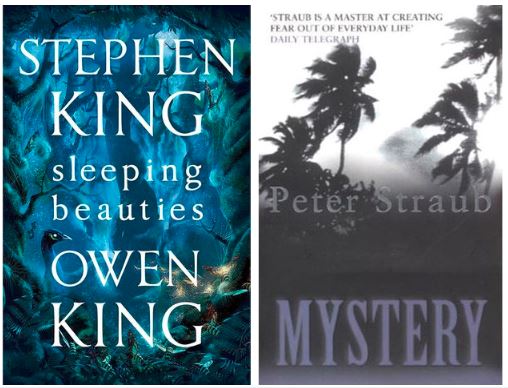 In Peter Straub’s Mystery we meet Tom Pasmore, a teenager who develops an obsession with death which leads him to investigate two murders in Mill Walk where he lives. One in the past and one in the present.

You love rain. Not only looking at it, but taking rainy walks, jumping in puddles and often can’t even be bothered with umbrellas. You might enjoy a book with lots of precipitation. You know, the characters surely enjoy a good old soaking as well!

Rain is pouring down on the Swedish countryside in Autumn Killing. A notoriously ruthless lawyer and entrepreneur, is now, shall we say, permanently out of business, floating face down in his own moat. Malin Fors is on the case, chasing a killer and trying to juggle work and her personal life. 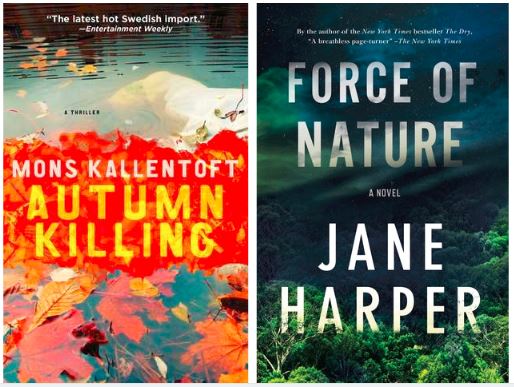 Force of Nature follows fiver women who hike through the rugged Giralang Ranges. It was meant to be a team building exercise. Now it’s a fight for survival. Rain and dropping temperatures are not the only things they need to worry about. The four returning women tell a tale of fear, violence and fractured trust during their days in the remote Australian bushland.

#3 Books to warm you up on a cold, rainy day

The day is miserable, you are shivering in your biggest jumper, under your biggest blankie, and the rain just won’t stop pouring down. You might want to consider a book set during summer, on a sunny island or somewhere exotic, with no rain.

Set in 1950s Morocco, Tangerine with it’s beautiful descriptions of the country will appeal to your inner travel bug. In the scorching heat something sinister is about to go down, when two frenemies reconnect after years of not seeing each other.

The Girlfriend follows Cherry, the new girlfriend of wealthy Daniel, and Laura, his mother. The two women’s instant dislike is not uncommon, but what lengths they will go to destroy each other? This book is one of those addictive page turners I just can’t resist.

#4 Kissing in the rain

Apparently smooching in horrible, wet weather is considered romantic. Don’t ask me, I think it’s a really bad idea. But if you share the sentiment, you may want to pick up something fluffy and lighthearted, with possible kissing-in-the-rain moments while outside it’s pissing down and you are cozy in bed in your fluffy socks.

What Alice Forgot tells the story of a mother of three who loses her memory of the past ten years after an accident. When she wakes up, she thinks she’s 29 and happily married. She couldn’t be more wrong. Liane Moriarty crafted an insightful and heart warming story of love, forgiveness and second chances. 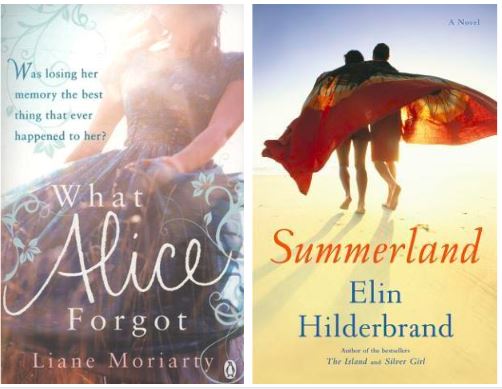 In Summerland a graduation night celebration ends in tragedy after a horrible car crash leaves the driver, Penny Alistair, dead, and her twin brother in a coma. As summer unfolds, startling truths are revealed about the survivors and their parents – secrets kept, promises broken, hearts betrayed. Elin Hilderbrand explores the power of community, family, and honesty.

While you are housebound and have no inclination to brave the dripping outdoors, you may feel better reading about people with their fair share of troubles and bad decisions, causing them all sorts of drama.

A Tap On the Window follows Cal Weaver who stops a red light on a rainy night while driving home to help one of his son’s classmates. He knows he can’t really leave her, alone, on the street. But nothing prepares him for the consequences of trying to help her out. The next morning he’s gone from Good Samaritan to Murder Suspect.

In Emma Rous’ debut, The Au Pair a family tragedy unearths long buried secrets that would be better left alone. When Seraphine stumbles upon a photo she’s never seen before and starts asking questions, a web of lies and deceit unravels and suddenly people she loves are in danger.

How do you feel about rainy days? Yey or nay?
Do you have certain books you prefer reading when it’s pouring down outside?

Top 10 Tuesday is hosted by That Artsy Reader Girl.