Well, good morning everyone! How’s it going? I have my coffee and spinach pie ready, and I’m excited to share some really cool posts with you.

Opinions are like buttholes, everybody has one. Some people however seems to be particularly militant about shit that either doesn’t matter, or has nothing to do with them whatsoever. I personally find these crusades hilarious, so here we go.

Apparently people who take pictures for the purpose of posting them on various platforms are now taking a creative approach now, and they are all out there to deceive us. Well, according to some people anyway. What? Your coffee in your picture is Coke? You didn’t actually hunt down rare butterflies to pose with your books? The horror! Want some more? Morgana has a whole list of offences for you to giggle about.

If taking artsy photos is not bad enough, there’s another kind of evil lurking just around the corner. Reviewers who are just doing it all wrong! Oh, the humanity! Well, Drew  is certainly onto something with his thoughtful exposé, and I couldn’t agree more.
Yes, there are review formats I prefer over another, but I can’t see how that makes one way more right than another.

Ain’t nobody ever forced me to read the ones I don’t like, and frankly, I have way better things to do than waste my time on things I find uninteresting or not up to my liking. I mean, this spinach pie didn’t cook itself, did it… 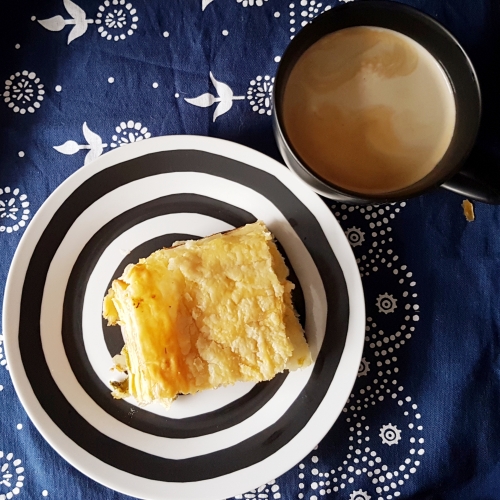 There’s nothing like a good fight to get your juices flow in the morning! I’m sure many Klingons would agree. Considering we are not fictional space warriors who love totalitarian structure and war however, I tend to think the less fighting the better. Especially when it comes to fighting over things that don’t matter all that much. Sure, fight for your freedom, your constitutional rights… But should the book community fight over advance copies of books? Siobhan brought up the question, and the fact that this is actually a thing did not fail to amaze me. There’s never a 100% return rate on promotional items, and while it’s somewhat disappointing, it’s just how things work in real life.

Promoting things the wrong way? Well, that’s kind of like saying everyone is the same and responds to the same things. Excuse me? I do love reviews, and bought many books because of them. But I checked out and obtained just as many of them after seeing them on a poster in a bus stop, tube station, in an intriguing picture on Instagram, or just simply saw them in the hands of someone completely random on the street. So no, I don’t think reviews are the only way to sell a book. Take my friend. She’s never read a review in her life, but she loves pretty pictures on insta.

Another popular thing among the militant opinionists seems to be putting people down based on their age. I’m sure you’ve met people who are under the impression that you need to reach a certain age to qualify for sharing your views. When Kelly shared her experience, I shuddered. I’m pretty sure most of us have been there. Does that make it okay? Well, not really. Of course there always will be people who will disregard us, or dismiss our opinions based on something entirely stupid, and the sooner we get used to ignoring them the better, but it’s not pleasant. Can we just be nice?

Talking about nice… Books are not only a good way to spend some chill time, but they can also teach us about people, relationships, and sometimes even completely random things we didn’t even know we wanted to know. But I digress. Tiffany shared three things she learned about relationships from books, and it just makes my heart melt.

Kat has put together a handy guide for fonts and graphics you can use on your blog, or wherever you wish, and that’s not all! She’s also hosting a giveaway where you can win a complete makeover for your blog.

Even though I’m not keen on romance, I know falling in love is a natural part of many of our lives. Hell, when it comes to my dude, I’m just a little marshmallow on the inside! In contemporary fiction love and romance often are the center of the story, which just doesn’t work for me, but The Orangutan Librarian is here to the rescue! Check out these books that have much more going for them than their romances.

So, tell me. What are you up to today? Have you found any cool posts lately?