I’m a notorious series-abandoner. Even the ones I actually like get dropped like hot potatoes, because I always feel like I need to take a break and then get distracted by other books. I have a few of these neglected darlings on my list, and this is the perfect time to pick them up again. When I say series, I mean those books that actually end with some sort of a cliffhanger, and you need to read the next book to find out what happens, and not those collections that have the same characters but would be good standalone reads as well.

I was super into Divergent, the first book in the series, to the point that I stayed up late on a work day just to finish it. It only started annoying me towards the very end, when things took a romancy turn, and I just wanted to slap the main character for being so childish.

I had to remind myself that she’s a 16-year-old girl, and as such probably not the model of maturity. I very much like the concept of the story though, so will definitely return to the series.

War is coming and the conflict between factions grow. Exciting!

I totally fell in love with Red Rising. It was one of those rare books that made me cry. Because of this, I forgave some shortfalls, like Darrow being so bloody perfect, all the fucking time.

To my relief, there was no romantic story line per se, and if the second book is as action packed and bloodshedy as the first one, I know I will love it just as much.

As a bonus, I’ve only just finished it about three months ago, so pretty much still remember everything that happened.

Yet another dystopian series I’ve somehow got tangled up in. Red Queen, the first in the series, was a quick, but eye-roll-filled read to me.

I absolutely loved the idea of the powers the elite (and also Mare, the non-elite) main character possessed, but I just couldn’t get past the shallowness of most of the characters.

There was some rebellion going on in the background as well, but it was super vague. So, I guess one reason to continue is to find out more about this.

The Girl in the Tower (Winternight Trilogy #2) by Katherine Arden 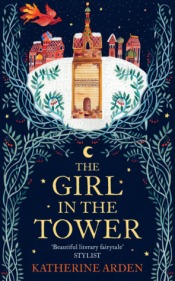 The fist book, The Bear and the Nightingale, was not a suspenseful page turner, but a beautifully written, atmospheric tale, filled with Russian folklore, magical elements, and lovable characters – even if I had a hard time following who is who with all the nicknames.

The sequel, The Girl in the Tower, follows the story of Vasya, who is now a young woman fleeing her home to avoid having to choose between an arranged marriage or becoming a nun.

Both are pretty grim prospects if you ask me. 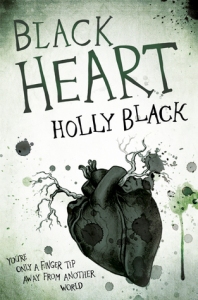 I’d say I made a pretty good progress in this series! I managed to read the first two books, White Cat and Red Glove, before giving it a break.

I don’t read a lot of urban fantasy, but this was pretty awesome. The series follows Cassel Sharpe, descendant of curse workers, and the only one in his family without any magical abilities, making him the odd one out. Curse work is illegal though, so that makes his family a bunch of criminals. It doesn’t make him feel any better though.

Black Heart is the last installment in the series and Cassel is now a wanted man. The Feds are willing to forget his past crimes, if only he would give up his entire family. Of course that is easier said than done.

Have you guys read any of these series? Which book was your favourite? Any series you abandoned for no reason whatsoever?