What’s with books with plots so fantastical you just can’t wrap your head around it, but yet, can’t stop reading them? Normal, run of the mill crime, and sane people investigating mysteries just won’t do it anymore?

Well, these three books have one thing in common. They are mind boggling, for various reasons. 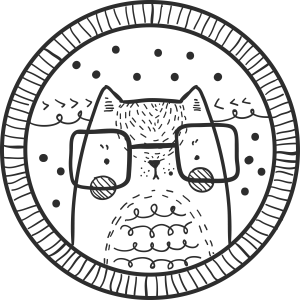 What I Thought is a feature where I discuss books that never inspired me to do a full review, but yet fascinated me enough for some reason to want to share them with you.

The Sound of Rain by Gregg Olsen

Nicole Foster used to be a detective. Now, she’s homeless. How the hell did this happen? Disgraced and lost everything after a high profile case has gone wrong, she’s now living on the streets. Kelsey Chase’s case ended her career, but when her grieving father asks Nicole for help, she jumps at the chance to solve the case. You see, the way that investigation was handled, never sat right with her, and after the alleged perpetrator committed suicide, she couldn’t stop thinking about all the clues and the evidence that just seemed wrong.

Why does the murdered little girl’s mother not care? What is she hiding? Nicole is absolutely positive that someone has gotten away with murder. But who and how?

With brilliantly drawn characters and a fast paced, twisty plot, The Sound of Rain was not only a great murder mystery, but also a dig into the psychology of human relationships. Everyone with their dirty secrets and flawed personalities.

You know those true crime documentaries, where the narrator’s voice booms “a shocking development” at the juicy parts? Well, he would have his hands full with this story!

There are some unanswered questions though, so let’s just hope all those loose ends will be tied up in the sequel.

The Defense by Steve Cavanagh

This is one of those books I imagine would make a good movie. You know, like those Tom Cruise movies with lots of twists and action, people hanging off various things in dangerous situations. It would sure be spectacular.

As a book, although a bit over the top, it still works, but not because it has great characterization or beautiful descriptions. Simply, the tension never lets up. We go from one crazy shit to another, and Eddie Flynn, former con man, now lawyer is still quite an intriguing dude. He has a big mouth and is not afraid to use it. I just had to know what happens next!

Considering he’s an amazing, witty and talented lawyer, it is kind of weird Eddie is not out there, earning the big bucks, instead has to hustle for new clients in the night court. But don’t mind me. Details, eh?

The whole Russian mafia plot was a hoot. Volchek and his typical meathead gang kidnaps Eddie’s daughter and force him to represent them in court on a five minute notice. To give him some encouragement, they also strap a bomb to his back. (A.k.a. How To Motivate Your Employees 101) Eddie’s judge friend, Harry is a dream sidekick. Rough around the edges, but has a brilliant mind, and is up for subterfuge any time.

There’s also the obligatory Russian accent, but funnily enough Volchek’s young nephew had worse grammar and accent than the old guys who immigrated from actual Russia, which threw me off every time this dude opened his mouth.

Safe With Me by K.L. Slater

Anna has no friends, apart from the old lady next door. When she witnesses an accident, she becomes obsessed with the victim, Liam. Weird as it sounds, they become besties pretty soon. Anna has a hidden agenda though. The woman, Carla, who caused the accident is another obsession of Anna’s for reasons unknown. Clearly this lady needs a hobby.

As she follows along the investigation, Anna’s life slowly starts to unravel. She soon finds herself unable to do her job at the Royal Mail properly, letters don’t get delivered instead piles up in her spare room (which is a felony), Carla somehow befriends Liam, and if that’s not enough, weird shit starts happening on a daily basis, and there’s that smell… That horrible smell Anna can’t seem to get rid of.

Well, guys, this book was cringy as fuck. Anna’s way of trying to make friends with Liam and his grandmother was downright creepy and borderline stalkerish, and I literally can’t see any reason why those two wouldn’t throw her out on the spot. Carla is all sorts of weird too, and sure as hell someone is nuttier than a fruit cake. The question is who.

I don’t know, it was all right, but some scenarios felt quite forced an unnatural.

Also, how cool would that be to work for the Postal Police and track down stolen mail and investigate the likes on Anna? Pretty cool, if you ask me!