Even though they are coming from different genres, these three books have one thing in common. A teenage girl in the center of attention. Those turbulent years of self exploration are so important in our lives, and are usually filled with heightened emotions and plenty of drama. But that’s just how we like it, right?

What I Thought is a feature where I point out some books I’ve read but never felt compelled to write a full review.

The Last Act of Hattie Hoffman by Mindy Mejia

Small towns seem to beg for mysteries and murders to happen. Everyone knows everyone, they all have an opinion about everything, you know the drill. When eighteen-year-old Hattie Hoffman is found stabbed to death on the opening night of the school play, the whole town is shaken. Because Hattie was so sweet and lovely. Everyone loved her. Well, guess not, right?

This beautifully written, evocative story is an exploration into the heart of this small community. As Sheriff Del Goodman digs deeper into the case, he ends up with more questions than answers. Who was Hattie, really? Beneath the sweet and charming surface there’s another girl. A determined girl, who would do anything to escape her small and boring life. Dreaming of living in New York, she would go to great lengths to fulfill her dream of becoming a famous actress.

The crime, so senseless, seems to puzzle Sheriff Goodman. Does it have to do with Hattie’s secret online relationship? Was it a heartbroken boyfriend? A jealous friend? Because you see, not everyone loved Hattie as much as they claimed. Some are even convinced it was the Macbeth curse that ended the girl’s life, as she was playing Lady Macbeth on stage. Could that be actually a thing?

A brilliant and vivid portrait of a small town and its inhabitants, The Last Act of Hattie Hoffman was a truly riveting mystery, and a thoughtful examination of the psychology of manipulation and identity.

This book was also published under the title Everything You Want Me To Be. 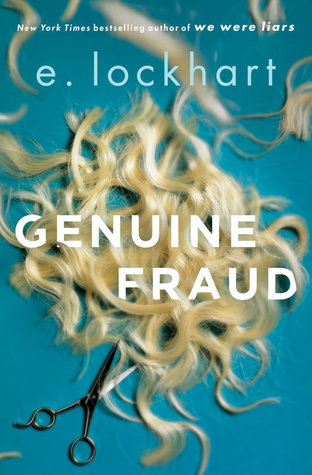 Basically The Talented Mr. Ripley told backwards, with a teen girl as the criminal mastermind. Imogen, the rich heiress and Julie, the social cameleon are friends. They are inseparable. Until one of them just vanishes, that is.

What happened and why? The story starts at the end, and as we are going back to the beginning, more and more details are revealed.

After reading We Were Liars and being super impressed, Genuine Fraud was quite a disappointment. I expected the poetic, lyrical writing style I came to know when I read the author’s other book, but this was nothing like that. The flipped time line was actually quite cool, but on the whole the story seemed pretty unbelievable. I’m not trying to discredit any teen girl, but pulling off international fraud is a teeny tiny bit more difficult than it seemed based on this book. I think this could have worked better if the characters were portrayed slightly older. 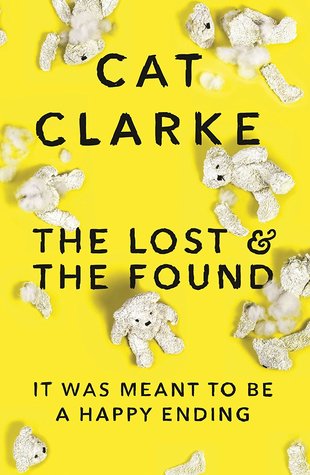 The Lost and the Found by Cat Clarke

I love listening to Cat Clarke’s books on audio. They always focus on mainly one character and have quite a simple, and yet complex story. The plot itself is nothing complicated. When Faith was little, her six-year-old sister was kidnapped. Now, thirteen years later, she’s found wandering the streets, clutching her old teddy bear.

What was meant to be a happy reunion, is tainted by suspicion and a tinge of jealousy. Faith’s been dreaming about getting Laurel back, and yet, when it happens, she finds herself all sorts of paranoid. All the attention turning toward the family also makes her uncomfortable. It’s such a difficult situation. The joy of having her sister back, mixed with all the guilt. Because surely she should be just happy. Surely Laurel is just trying to catch up on all the missed years, missed opportunities to have friends, right? Surely she’s not after Faith’s boyfriend? Faith should just be happy her sister is not damaged beyond repair and is able to form bonds with others. No? You see? I told you, it’s complicated.

I loved the exploration into family dynamics, and especially the focus on sibling relationships.

Have you ever performed in a school play?