Drop everything, guys, Captain Spears is back! 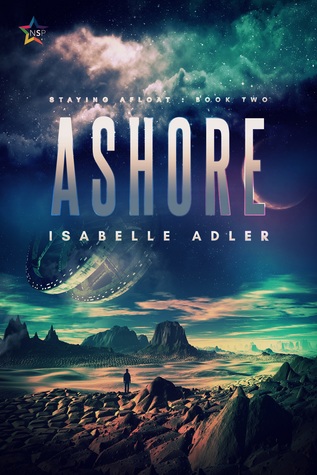 You can only put the past away for so long.
This had never been truer for the crew of Matt’s ship, the Lady Lisa. Even as their engine suffers a critical malfunction and Matt scrambles to fund the costly repairs, Val, the ship’s reticent engineer, unexpectedly comes face-to-face with a deadly ghost from his past. Now it’s up to Matt, Ryce, and Tony to rescue him, even if it means breaking the law and striking an uneasy bargain with a local black-market kingpin—but what if this time their best efforts simply aren’t good enough?
And it might be that Val isn’t the only crew member Matt risks losing when his budding relationship with Ryce unexpectedly runs aground. With their love and commitment put to the test, Matt and Ryce must rally to save their friend and to keep their ship afloat, but in a race so desperate there might not be any real winners.

Oh, Matt, you wiseass, I missed you! That was the first thought that popped into my head when cracked this book open. Mind you now that he’s happily in a relationship, he did tone himself down a tiny bit. One can argue that being in love turns people sappy or soft, but isn’t that the whole point? I think all that bravado and smartassery is often just a facade we show to others we don’t trust enough or deem worthy enough to see our real selves. I know from experience that it’s way easier to drop a snarky comment than to be frank. God forbid others would know I have feelings. Where would it all end? Just like Matt, I came a long way, and with practice it gets easier and less daunting.

The second installment in this series is not so much about Indiana Jones style treasure hunting adventures, but more about getting to know the characters better while they are stranded in a spaceport due to engine malfunction and lack of funds.

True to himself it doesn’t take Matt long to piss off the local crime boss while hustling for jobs, but to make matters worse, even Val the silent, connoisseur of Russian literature ends up in jail, and consequently on the hit list of some very bad guy, and eventually kidnapped, all because he confronted a man involved in his wife’s murder. Woo-hoo! Now we are talkin’!

Despite of them not having to run after mysterious artifacts, things got pretty tense really quickly, with having to devise a plan to win a deadly race, and retrieve Val. If that’s not enough to get your blood pressure up, fear not. An offer, too good to refuse is putting a strain on Matt & Ryce’s relationship for good measure, and makes Matt question his own family dynamics. There’s a good dose of wallowing and hiding of emotions which is not the best policy if one is about to maintain a healthy relationship, is it. *eyebrow wiggle*

Ryce also sets out on a side mission to find out more about his birth mother, but soon has to realize blood relations don’t always mean anything. Yeah, you know, family is important, but what or who you consider family is really only up to you.

I don’t know about you guys, but I do enjoy stories that delve deep into relationships of all kinds. As in the first book, Isabelle Adler skillfully weaved together a fast paced plot with some intriguing interpersonal drama making Ashore a truly delicious mix.

Thank you, Isabelle for providing me with a copy of this awesome book!