Over here everything’s peachy. As my therapist pointed out the other day, I haven’t been this cheerful and relaxed since forever. Maybe I should be concerned. My whole existence centers around me being on edge. Agitated is my default setting! But here I am, rocking the boat, upsetting the status quo. It’s great, actually.

Last weekend my other half’s mum & sis visited us, and brought enough provisions for at least a month. Well, fine, the cookies lasted for one day only, but we shall not mention that. Nothing to see here! Moving on!

We had snow for a couple of hours, which was exactly a couple of hours more than what I deem necessary. It still managed to send my boss into near panic, because she’s a proper biker lady, albeit one with a failed weather-sense.

So far, the next month doesn’t seem to be any better, so it’s going to be one more month of wearing layers and shapeless coats. Also, note to self: not to set foot in Minnesota. -31C? No, thank you. Just looking at the pictures if found on this news website makes my eyeballs freeze.

If you remember, I started reading Sleeping Beauties by the father & son duo, Owen & Stephen King in December. I’m pretty much halfway through, so by this rate I might even finish it by the end of February. I made the mistake of getting the hardback, and it’s just such an inconvenience. Turning on the lights, holding that monster…

But I shall not be stopped by chunky books, so to take a break from the arm workout dear Mr. King provided me with, I finished 9 other books. None of them were particularly crap, so at least I have that going for me. 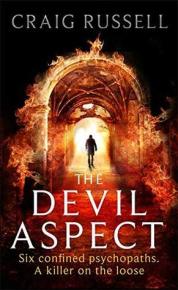 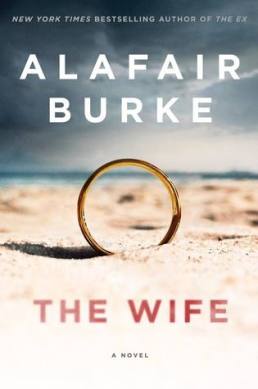 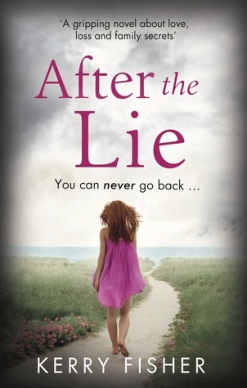 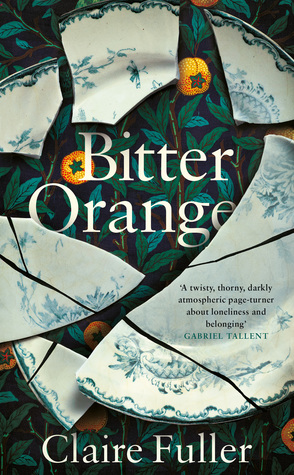 The Devil Aspect by Craig Russel ♥♥♥♥♥ – An artful blend of historical whodunit and a chilling horror with sprinkles of Slavic folklore and dubious psychology.
The Perfect Mother by Aime Molloy ♥♥♥ – Some serious mommy issues.
The Guilty Party by Mel McGrath ♥♥♥♥ – A delicious page turner about a bunch of assholes who are supposed to be friends, nobody knows why.
Magpie Murders by Anthony Horowitz ♥♥♥♥ – A book about a book within a book. Puzzles, serious Agatha Christie vibes, and a very clever murder mystery.
The Wife by Alafair Burke ♥♥♥♥ – Wife goals.
After the Lie by Kerry Fisher ♥♥♥ – A story about a woman who tells lies upon lies and is then surprised when people get pissed off. She’s also the sort of woman who thinks it’s fine for her dog to destroy other people’s property, because they shouldn’t own those things in the first place.
The Flower Girls by Alice Clark-Platts ♥♥♥♥ – A story about child killers, and some serious rumination about justice, redemption and evilness.
Bring Me Back by B.A. Paris ♥♥♥ – A mildly entertaining psychological thriller involving a dude who may or may not be an asshole.
Bitter Orange by Claire Fuller ♥♥♥ – A boring woman doing boring stuff is all fun and games until it’s just awkward and then shit goes wrong.

The Chestnut Man by Soren Sveistrup ♥♥♥♥♥
A compelling Danish thriller with a great cast of characters and a brutal serial killer on the loose.

The Flight of Cornelia Blackwood by Susan Elliot Wright ♥♥♥♥
The kind of story that starts out depressing and the it’s all downhill from there.

The Outsider by Stephen King ♥♥♥♥♥
An intriguing mystery from the master, with a touch of the paranormal.

In a Dark, Dark Wood by Ruth Ware ♥♥♥♥
A bunch of wankers in a cabin in the woods, amnesia, and page turning plot.

Snowblind by Ragnar Jónasson ♥♥♥♥
An atmospheric small town mystery, set in the northernmost place of Iceland.

Inside the Folds of the Blankie – The Book Blogger Insider Tag

Year One by Nora Roberts

With one drop of blood, the old world is gone for ever. And in its place, something extraordinary begins…

They call it The Doom – a deadly pandemic that starts on a cold New Year’s Eve in the Scottish countryside. There’s something mysterious about the virus and the way it spreads. As billions fall sick and die, some survivors find themselves invested with strange, unexpected abilities.

Lana, a New York chef, has the power to move things and people with her will. Fred can summon light in the darkness. Jonah, a paramedic, sees snatches of the future in those he touches. Katie gives birth to twins, and suspects that she has brought fresh magic into the world, along with new life.

But The Doom affects people differently. Along with the light, a dark and terrifying magic will also rise. As the remaining authorities round up the immune and the ‘Uncannies’ for testing, Lana, Katie and others flee New York in search of a safe haven. The old world is over, and Year One has begun.

I need to find a new gym. My physio finally allowed me to return, only to find the place completely packed. There were barely any free treadmills, people were hanging off almost every single machine, no benches, and weights were scarce. On top of this, the place fucking stinks! I do not wish upon my enemy to have to breath that air… Ok, well, maybe they should, but I certainly don’t.

I have two days off during February, and I’m already imagining myself catching up on some reading & Netflix. Hopefully I manage to read You by Caroline Kepnes, so we can watch the series.