Gloomy darkness, howling wind, rain, leaves turning into mush. That’s what November was all about on the surface.

It was Sci-Fi Month too, which was just the nudge I needed to turn my attention back to one of my favourite, but alas neglected genre. I’ve been reading so many psychological thrillers lately that even my therapist told me to calm my tits, so this was a welcome distraction.

It was also the month I finally caved and admitted I need to get glasses. After the Crow Incident it was kind of inevitable. My handler at the optician was brilliant. I was in full swing explaining to her why I look terrible in glasses, and how I spent hours upon hours a few months ago, trying on the whole shop only to hate everything, when she grabbed a pair and shoved it on my face. I didn’t hate it. Sorcery, I’m telling ya. So, yay! I can see again!

It’s no secret that one of my favourite book this year was Beartown. Us Against You, the sequel I finished yesterday was just as awesome. I finally read my first Kay Scarpetta book as well, and despite it being old school, it was thoroughly enjoyable. 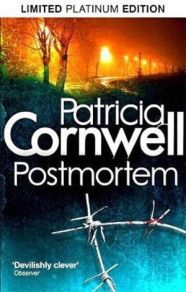 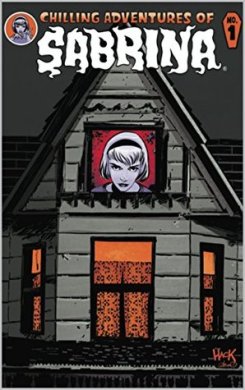 The Golden Orphans by Gary Raymond
A literary thriller with Russian mafia on Cyprus.

The Babysitter by Sheryl Browne
A mildly entertaining thriller full of adverbs.

Dark Matter by Blake Crouch
An anxiety inducing race through the multiverse.

The Last by Hanna Jameson
Post apocalyptic boredom in a Swiss forest.

7 Sci-Fi Books For People Who Don’t Like Science Fiction, Or So They Think

I Heart Science Fiction – This Is My Genre #Tag

Ooops, I Dropped My Blankie In Some Dark Matter

Written by the man who wrote one of my favourite crime series, The Killing, The Chestnut Man by Søren Sveistrup is not a book I could ever say no to.

The police make a terrible discovery in a suburb of Copenhagen. A young woman has been killed and dumped at a playground. One of her hands has been cut off, and above her hangs a small doll made of chestnuts.

Young detective Naia Thulin is assigned the case. Her partner is Mark Hess, a burned-out investigator who’s just been kicked out of Europol’s headquarters in The Hague. They soon discover a mysterious piece of evidence on the chestnut man – evidence connecting it to a girl who went missing a year earlier and is presumed dead, the daughter of politician Rosa Hartung. A man confessed to her murder, and the case is long since solved.

Soon afterwards, another woman is found murdered, along with another chestnut man. Thulin and Hess suspect that there’s a connection between the Hartung case, the murdered women and a killer who is spreading fear throughout the country. But what is it?

Thulin and Hess are racing against the clock, because it’s clear that the murderer is on a mission that is far from over . . .

Christmas month is upon us, and brings with it my long awaited week-long holiday. I’m not actually going anywhere, but can’t wait to not to have to go in to the office and just chill at home.

It’s my besties’ birthday this weekend, and we are going to have some cocktails and dirty burgers. I love carbs.

In two weeks I’m going for a spa weekend to Ashdown Park. Doesn’t it just look like something out of a Gothic thriller? Well, let’s just hope I won’t get murdered.